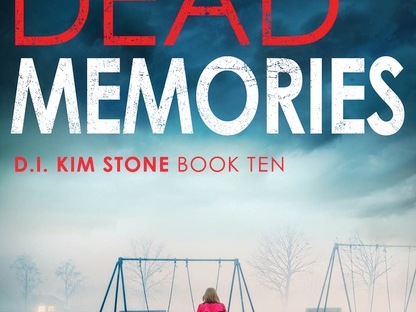 Guys!!! This Sunday is one of my favourites! Today, Kim Stone visits Chocolate’n’Waffles! Take out the wine, settle on the couch, read my review, and GO READ THE BOOK!

I can’t find the words to thank Kim Nash and Angela Marsons enough for having invited me to be part of this blog tour. I am utterly happy, absolutely thriller, and totally grateful. This review is unbiased, though, and all opinions are mine. 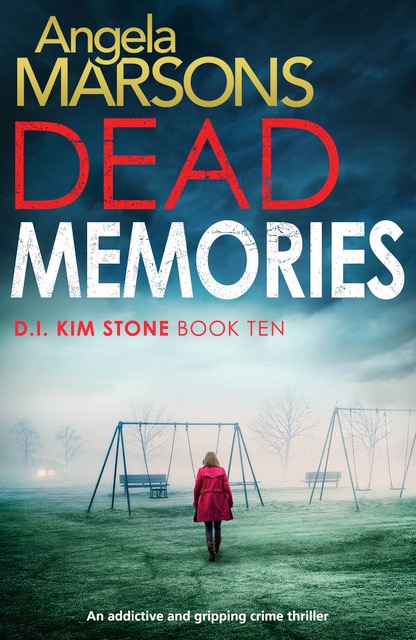 She ruined their lives. Now they’re going to destroy hers.

‘Someone is recreating every traumatic point in your life. They are doing this to make you suffer, to make you hurt and the only possible end game can be death. Your death.’

On the fourth floor of Chaucer House, two teenagers are found chained to a radiator. The boy is dead but the girl is alive. For Detective Kim Stone every detail of the scene mirrors her own terrifying experience with her brother Mikey, when they lived in the same tower block thirty years ago.

When the bodies of a middle-aged couple are discovered in a burnt-out car, Kim can’t ignore the chilling similarity to the death of Erica and Keith – the only loving parents Kim had ever known.

Faced with a killer who is recreating traumatic events from her past, Kim must face the brutal truth that someone wants to hurt her in the worst way possible. Desperate to stay on the case, she is forced to work with profiler Alison Lowe who has been called in to observe and monitor Kim’s behaviour.

Kim has spent years catching dangerous criminals and protecting the innocent. But with a killer firmly fixed on destroying Kim, can she solve this complex case and save her own life or will she become the final victim?

The heart-stopping and totally addictive new crime thriller from multi-million copy number one bestseller Angela Marsons will have you completely hooked.

Mamma mia. This was my first thought as I slowly put down the book.

Mamma mia. Angela Marsons has killed me and brought me back to life.

You’d think that after ten books, the momentum would be gone. How long can a series last and keep catching your breath every time you read the first line? I don’t have the answer but I know Angela Marsons knows the secret to longevity!

Ten books, ten opportunities for readers to create bonds with characters, to play detective, to witness gruesome crimes. Ten books to fall in love, loathe, hurt, cry, smile, chuckle. Ten books to be in awe of the author’s strong and emotional narrative. Always powerful, never disappointing. Ten books mean this review will be kept on the short side, as I refuse to spoil anything for newcomers or readers who haven’t read all novels yet (WHAT ON EARTH ARE YOU WAITING FOR?)

Dead Memories might be the tenth novel in the Kim Stone series, but it holds a very special place. It is a turning point, a breathtaking and painful path which had been left uncharted, only hinted at, until now. Try pick up a knife, plunge it in Kim Stone’s heart and mind, and twist it (No, don’t try it! Angela Marsons did it for you!!!). The result? I felt closer to Kim that ever before. Resilient and hard-boiled Kim Stone finds herself at the heart of the investigation. Not because she runs it, but because it is personal. More personal than ever before. Someone is hunting her, haunting her with her own past, recreating the horrors she went through. Can you imagine the drive it would take to do such a thing? Coming from nowhere, that threat had me boiling with rage. How dare they, whoever they are, do this??? I have grown so fond of Kim that I immediately wanted to protect her, even though she’s not the kind to seek protection… And that is a problem when someone is out to get you!

We get right away into the heart of the matter, with a crime scene that brings memories, feeling Kim’s reluctance, or expectancy to be wrong, to see signs where there is nothing. As usual, Angela Marsons put words on a rollercoaster of emotions running through her protagonist’ veins. She’s so spot-on that the worry, the pain, the memories themselves come alive in front of your eyes, leaving you shivering, dreading the next crime scene, and wondering what kind of evil mind can be behind this deadly game.

If this case hits too close to home, the author never forgets the wonderful team surrounding Kim, enabling them to grow along, to play their part, and to build an even more vivid picture of the nightmare they are living. Bryant and Kim’s relationship is gold, and I saw myself waiting for each of their interactions. Woody is a boss I’d like to have! Stace, Penn… I feel like if I pick up my phone right now, I’ll find their numbers! That’s how much I got used to them, that’s how real they feel, and that’s one of the things that make this series so addictive.

Dead Memories is pacey and awfully authentic crime-wise without ever being too much, as the author owns the right skills to give you the pictures you need with the finest details, bringing scenes to life with the smell of death but at the same time holding your hand so you don’t fall into the darkness. Dead Memories is painful but Angela Marsons chases away the cold with the warmth of the care of a close-knit team who seems unstoppable. Dead Memories opens cracks in walls that should have been left alone, leaving everything raw on the way.

In a nutshell, you MUST read Dead Memories, an enthralling page-turner!

You can find your copy here:

Amazon: https://geni.us/B07KYS8SPFSocial
iBookstore: http://ow.ly/DMLD30nKx5D
Kobo: http://ow.ly/7Z6X30nKx72
Googleplay: http://ow.ly/4v0j30nKx8M
Take a look at all the fabulous posts from those great bloggers! 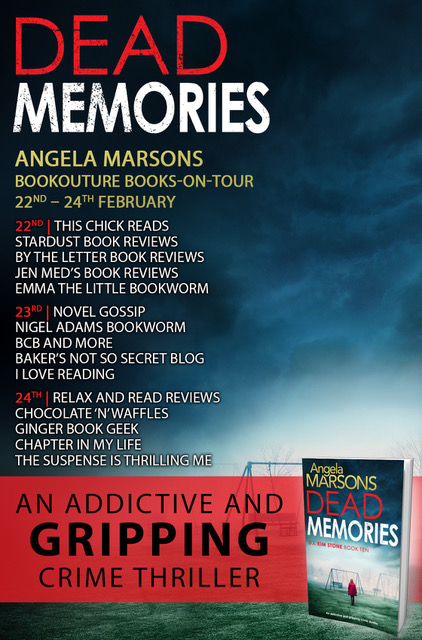 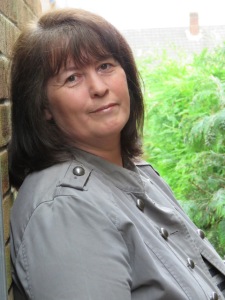 Angela Marsons is the Wall Street Journal and USA Today bestselling author of the DI Kim Stone series and her books have sold more than 3 million in 3 years.

She lives in the Black Country with her partner, their cheeky Golden Retriever and a swearing parrot.

She first discovered her love of writing at Junior School when actual lessons came second to watching other people and quietly making up her own stories about them. Her report card invariably read “Angela would do well if she minded her own business as well as she minds other people’s”.

After years of writing relationship based stories (The Forgotten Woman and Dear Mother) Angela turned to Crime, fictionally speaking of course, and developed a character that refused to go away.

She is signed to Bookouture.com for a total of 16 books in the Kim Stone series and her books have been translated into more than 27 languages.

Many of her books, including Blood Lines, Dead Souls, Broken Bones, Fatal Promise and Dead Memories reached the #1 spot on Amazon on pre-orders alone.

15 thoughts on “Now and Then: #DeadMemories by Angela Marsons @WriteAngie @bookouture”