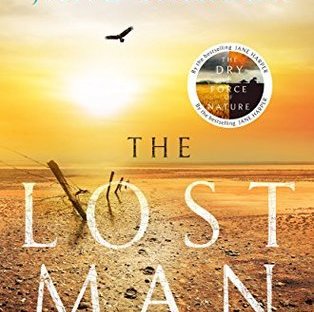 Here comes a new week, and with it, new books, new reviews, new (or not) authors! I am really happy to publish my review of The Lost Man on this freezing February morning!

I received a copy of this book from the publisher in exchange for an honest review. I would like to thank Little, Brown UK and Caolinn for inviting me to be part of this wonderful tour. 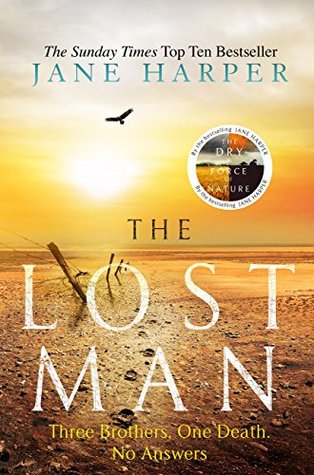 The gripping new novel from the author of the Sunday Times top ten bestsellers, The Dry and Force of Nature.

He had started to remove his clothes as logic had deserted him and his skin was cracked. Whatever had been going through Cameron’s mind when he was alive, he didn’t look peaceful in death.

Two brothers meet at the remote fence line separating their cattle farms under the relenting sun of the remote outback. In an isolated part of Western Australia, they are each other’s nearest neighbour, their homes three hours’ drive apart.

They are at the stockman’s grave, a landmark so old that no one can remember who is buried there. But today, the scant shadow it casts was the last hope for their middle brother, Cameron, who lies dead at their feet.

Something had been on Cam’s mind. Did he choose to walk to his death? Because if he didn’t, the isolation of the outback leaves few suspects…

The Lost Man. An invitation to the bare lands of Australia. While being written with the third person singular, I found the title describing more than one character in this novel. After all, there are many ways for humans to be lost…

A harsh land, a difficult life, a flawed family. The Lost Man is like an oasis in the Australian scorching outback. It brings life, it takes it away. It gives thoughts a voice and cars a path, but everything is clouded in dust. Jane Harper has created a world at the edge of the world. An atmospheric setting like no other, giving the mystery a bitter taste that you can’t get enough of. The remoteness of the place plays a huge part in what happens in this book. It is in the protagonists’ veins, it is in their minds. The author captured their souls like butterflies trapped in jars. It is raw, it is ugly, it is rough, it is bright. So bright that it perfectly hides truths. How long until oxygen comes to lack?

When their brother Cameron fails to meet Bub, his youngest sibling, they know something is wrong. Should I be parachuted in the area, I wouldn’t stand a chance, but those three brothers know the land that saw them being born and raised. So how come Cameron was found far from his car, seemingly untouched, except by death, near an old grave which couldn’t have brought him any respite from the heat of an Australian day? In a slow-paced beginning, stretching like a never-ending summer day, hints are given like drops of water that all is not good around there, and I’m not just talking about the corpse. Finding your brother dead is bound to trigger more than the blink of an eye but those Aussies have a tough skin and it is clear they are not the best when it comes to talking. It doesn’t help that the police, or medical help (even though dead guys don’t require urgent rescue) are miles away. I found myself feeling very claustrophobic throughout the book, which is weird, because 90% of the book happens outdoors. But some places have invisible fences that keep you prisoner. I could feel the sun on my skin and almost see an invisible wall making sure I was trapped on those acres of land, with the cattle and a family burnt by other things than the sun.

As I said earlier, time seemed to have its own rules there, and it impacted the mystery surrounding Cameron’s death. Nathan, our main character, had unresolved issues with his family and it all comes back to the surface as he is forced to face them. One layer of dry earth after the other, the reader discovers that under the appearances, things are boiling in the family, and Cameron, the easy-going guy everyone loved, might have more to him that met the eye. But isn’t it the case with everyone? Jane Harper plays with events, recent and past, to tell the story of a family who has been grieving for more years than we can count. Nathan, puzzled at how his brother met death, does his best to figure out what happened, poking things and people in places they’d rather he left alone. The Lost Man is quite short on its number of protagonists, making me suspect everyone page after page. Remoteness and few people around, who wouldn’t feel suspicious? Naked in front of a puzzling and inexplicable event? My chest tightened as I read, feeling the weight of history. Yet I couldn’t tear myself from the novel, swept away by the strangeness of it all, the exotic side ripped apart to allow me to experience a life for far away from mine. I wanted answers, I wanted to understand each character, I wanted to solve the unsolvable. Like a spell from the land, I was brought back every time, enjoying the darkness, the apparent coldness under the sun, the tacit deafening silence.

What started as a mystery in a far away country ended up as a tool to explore the human mind and its resilience. Not that the death of Cameron takes a back seat, far from it. His blood stains every page of the novel, but if at first it makes everyone bleeds too, it ends up saving them.

Only a few days left until the hardback gets released! Here, I’ll help you find your way to it… Amazon!

Today, everyone is talking about The Lost Man! Take a look at my fellow bloggers’ posts! 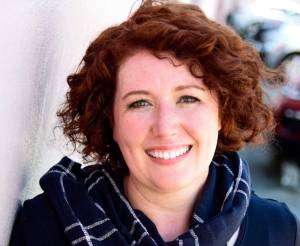