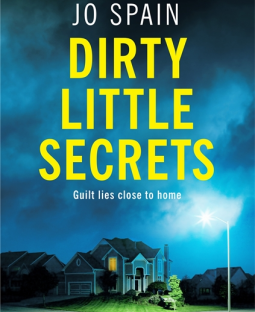 Good morning, lovelies!!! Or afternoon. Or night. Wherever you are, hello!

I am so excited to post my very first review of the year! And so happy that it is about a book that blew me away! I’m kinda spoiling the effect but… OMG I adored this novel!!!! Can you think of a best way to start your blogging year? Because I can’t!

I received a copy of Dirty Little Secrets from Quercus Books through NetGalley in exchange for an honest review. Thank you to the team, and the author!

In the exclusive gated community of Withered Vale, people’s lives appear as perfect as their beautifully manicured lawns. Money, success, privilege – the residents have it all. Life is good.

Olive Collins’ dead body has been rotting inside number four for the last three months. Her neighbours say they’re shocked at the discovery but nobody thought to check on her when she vanished from sight.

The police start to ask questions and the seemingly flawless facade begins to crack. Because, when it comes to Olive’s neighbours, it seems each of them has something to hide, something to lose and everything to gain from her death.

The new psychological thriller from the bestselling author of The Confession, perfect for fans of Liane Moriarty.

Six reasons why you should read Dirty Little Secrets!

Dirty Little Secret blew me away with its astounding plot and superb characterisation. I already know this novel will be high on my list of favourite books of 2019. A must-read! 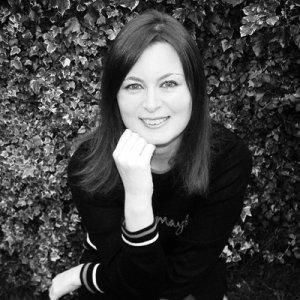 Jo Spain’s first novel, top ten bestseller With our Blessing, was one of seven finalists in the Richard and Judy Search for a Bestseller Competition. It was named as an Irish Times crime fiction book of the year by Declan Burke. Beneath the Surface (2016) and Sleeping Beauties (2017), the second and third in the DI Tom Reynolds series followed, to further critical acclaim. Her standalone thriller, The Confession, released in January 2018, became a number one bestseller and sold in multiple territories. Jo is releasing the fourth Tom Reynolds, The Darkest Place, in 2018 and a new standalone Dirty Little Secrets in 2019.

Jo also writes for TV and is the co-writer of new series Taken Down.

And suddenly, one act of kindness brings light back into your life.
- There are too few hugs and kisses in this book, I know. It’s the unfortunate consequence of choosing to tell a story about hate -
WHERE DID IT GO WRONG?
📬SUNDAY STACK📚
🌻THE POSITIVITY WAVE🌻
📚BOOK MAIL📫
Follow Meggy Roussel's Bookish Corner on WordPress.com