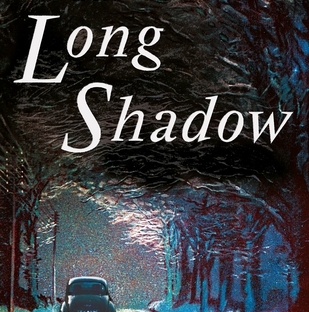 Miracles happen! I am kicking off the week with a Christmas read! In November. Yep.

Thank you to Joanna at Faber & Faber for this wonderful surprise and for inviting me to be part of the tour.

Jolted from sleep by the ringing of the telephone, Imogen fumbles through the dark, empty house to answer it. At first, she can’t quite understand the man on the other end of the line. Surely he can’t honestly be accusing her of killing her husband. Ivor died in a car crash two months ago – she may not be adjusting to widowhood very well, but Imogen certainly didn’t murder him.

As the nights draw in, Imogen finds her home filling up with unexpected Christmas guests – but they may be looking for more than just holiday cheer. Has someone been rifling through Ivor’s papers? Who left the half-drunk whiskey bottle beside his favourite chair? And why won’t that man stop phoning Imogen, insisting he can prove her guilt?

I am not a friend of Christmas. I don’t enjoy the holiday, I don’t like the compulsory family reunion, I steer clear of themed books with cinnamon rolls and happy endings.
In a nutshell, whenever I read the word “Christmas”, I run the other way.

So why am I reviewing a book with “Christmas” written in red on the cover? Because of the difference. Of course, when I began reading, I had no idea what was awaiting me, but I had faith in the author and the lovely team at Faber & Faber. And you know what? It was the best decision I took regarding Christmas! (Oh my, I have written this word too many times already!!!)

So, what does “A Christmas Story with a Difference” means?

It means a widow, a big house, snow, family… and ghosts. Ghosts of lost people, lost loves, lost lives, lost pasts. The Long Shadow is a haunted and haunting addictive read served by one of the sharpest writing styles I have ever had the chance to lay eyes on.

The opening had me choking on my muffin. I could feel the coldness of the words and the silence brought by the simple words that separated Imogen, our main character, from the rest of the world. A new widow. Is there a handbook for widows? Apart, obviously from the right-minded people’ words who all know better. How long are you supposed to show a sad and makeup-free face? How long people can support and be there for you before life calls them back to their own business? I just loved how down-to-earth, darkly hilarious, and I imagine true, many of Imogen’s thoughts and reactions were. Her world has been turned upside down, and I could feel the veil between her and everyone else.

Far from being a depressing and long read, this novel is powerful and chillingly poetic thanks to the small paragraphs forming each chapter, held by a multi-layered granny (yes, granny!) who is so much more than an old lady with weird slippers and cakes to offer.

Dot, Robin, Vernon… Each supporting character brings their light and their shadow to the family house, while a bigger one is looming over Imogen’s head as she is accused of having killed her husband. Take this for a happy Christmas read!! This is MY KIND OF CHRISTMAS! I don’t want details about snowballs, I want details about people, I want fog and suspicions, I want mystery and creaking stairs, I want strangers and goosebumps. I got it all. I loved it all.

The author brought to life a different kind of Christmas magic. Unwanted guests and a big accusation who could once again shatter Imogen’s life? Yes, please! If the beginning of the novel possesses the familiar psychological side of my favorite genre, it soon turned to be much more than just another creepy story.

I empathized with Imogen, I rolled my eyes at her guests, and promised myself I’d never have a house big enough for so many people, so I could be left in peace! Because how do you deal with your feelings and someone out after you when you have to serve three meals a day to a really colorful bunch of people?!

Several times, I found myself questioning my sense of reality, and I wondered how reliable Imogen was. All my senses were called to make me truly feel this read. The draft (draught for my UK people) triggered by an open door, the lack of light, the emptiness. By the time I reached the end of the novel, I felt like having had the best Christmas diner ever!

I really have no words to express how fascinating and intense the plot is. I feel I haven’t said anything about it, and it is probably true. But the fact of the matter is you don’t need to know more than this to give The Long Shadow a try. There is beauty in the writing, there is mystery on every page, there is gossip, there is a dead guy who sounds very alive throughout the novel, there is food for the characters’ stomach and for your brain. Brace yourself for a freezing winter!

Celia Fremlin manages to engross the reader into a world where brain, eyes, truths and reality don’t make sense. The world she creates is one of pure exploration of human beliefs and condition, and her acute attention to a vivid Christmas nightmare makes The Long Shadow a chilling and fantastic book!

This awesomely chilling and pure crime fiction can be yours now! Amazon

Find out more about The Long Shadow from other bloggers on the tour!

Celia Fremlin (1914–2009) was born in Kent. Her first published novel of suspense was The Hours Before Dawn (1958), which went on to win the Mystery Writers of America’s Edgar Award for Best Novel in 1960. Over the next thirty-five years Fremlin published a further eighteen titles.

14 thoughts on “My Kind of Christmas: The Long Shadow by Celia Fremlin @FaberBooks @joanna_brl #BlogTour”