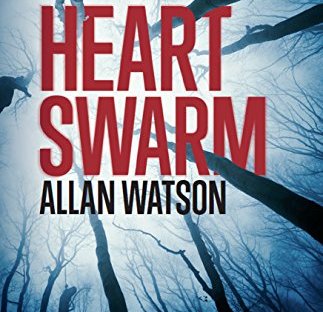 Happy hump day everyone! No This Week In Books meme today as I have more interesting things to share! This morning, you get the chance to read an excerpt of Heart Swarm… And another surprise will be waiting for you tonight!

Thank you yo Book On The Bright Side for this blog blitz! 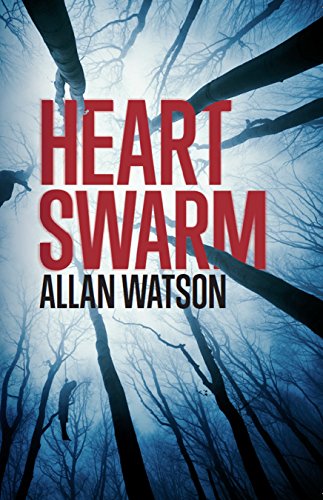 Heart Swarm – Prepare to be Scared…

It feels like history is repeating itself when out-of-favour detective Will Harlan gets summoned to a crime scene in the village of Brackenbrae after a young girl is found hanging in the woods.

Five years ago Harlan headed up the investigation of an identical murder in the same woods; a mishandled investigation that effectively destroyed his credibility as a detective. The new case immediately takes a bizarre twist when the body is identified as the same girl found hanging in the woods five years ago.

The following day a local man commits suicide and the police find more dead girls hidden in his basement. The case seems open and closed.

Until the killing spree begins.

Harlan finds himself drawn into a dark world where murder is a form of self-expression and human life treated as one more commodity to be used and discarded.

He followed Scanlon’s broad back along the snow-covered footpath as it twisted through the trees and undergrowth, hearing the scene before it came into view around the last turn. The low growl of an electrical generator, muted conversations, barked instructions, and the high-pitched whine of a camera flash unit charging up; the snow absorbing and flattening the sounds like the dead space of a recording booth.

When he and Scanlon reached the edge of the crime scene perimeter, Harlan was certain there was a distinct dip in the volume as heads turned in their direction. DI Will Harlan. The spectre at the feast.

Harlan was only half aware of the assembled crowd as he gazed up at the dead girl. From where he stood it looked eerily like the same girl as last time – similar shoulder-length blonde hair, the same shape of face, definitely the same age. And just like Debbie Fletcher, her killer had left the body hanging from a branch of the same tree atop a steep bank of earth.

Around the girl’s neck he saw a noose entwined with green Christmas tinsel. The same signature as five years ago. Two more ropes tethered the girl’s legs to wooden tent-pegs hammered into the top of the mound, preventing her body from spinning and swinging in the wind. Despite being firmly anchored, one sudden gust caused her thin frame to snap violently like bed linen drying on a clothes line.

He heard Scanlon say something, but Harlan couldn’t tear his eyes away from the girl. Unlike last time, this girl was clothed in a plain white shift, the cotton stiff as card in the sub-zero temperature. There was a terrible vulnerability about the way she hung from the branch, her slender body buffeted by the wind as if she was dancing to a tune only the dead could hear.

Pushing away the feeling of déjà vu at once again being confronted by such a terrible, yet so familiar sight, Harlan tried to analyse the scene, looking for any other differences between this time and the last. And then he saw it. He’d been so fixed on the dead girl that he’d missed it completely. It sat on the snowy ground beneath her feet. A square box wrapped in red shiny paper, a silver bow on top attached to a gift tag that fluttered with the wind.

Scanlon’s heavy hand dropped onto his shoulder making him flinch. ‘Sorry for putting you through this again, Harlan, but things aren’t what they appear to be.’

What are your thoughts?? I’m intrigued!! 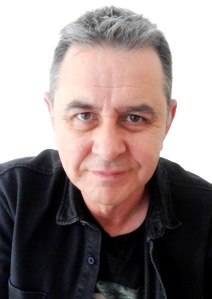 Allan Watson is a writer whose work leans towards the dark end of the fiction spectrum. He is the author of seven novels – Dreaming in the Snakepark, Carapace, The Garden of Remembrance, 1-2-3-4, Monochrome, Heart Swarm and Wasp Latitudes.

In between the books, Allan wrote extensively for BBC Radio Scotland, churning out hundreds of comedy sketches, in addition to being a regular contributor for the world famous ‘Herald Diary’.

He occasionally masquerades as a composer/musician, collaborating with crime writer Phil Rickman in a band called Lol Robinson with Hazey Jane II whose albums have sold on four different continents (Antarctica was a hard one to crack)

Allan lives and works in Glasgow, Scotland, but has never worn the kilt or eaten a deep fried Mars Bar. He also once spent three days as a stand-in guitarist for the Bay City Rollers, but he rarely talks much about that…