This Week In Books is a weekly update on what you’ve been reading hosted by Lipsyy Lost & Found . A similar meme is hosted by Sam @ Taking on a World of Words

I tell her I’ve stopped taking my pills
I write that I’m still not well, that it’s making day-to-day life difficult
That I often do things I regret, and that there’s some sort of membrane between what I want to do and whatever I end up doing
That I really want to be an actor, but that it’s a dream that seems all too distant for the time being
I tell her I use and abuse alcohol and drugs, and that I’ve got a death wish that sometimes becomes difficult to ignore
That I don’t know who I am
That I change my mind as frequently as I change my socks
That I’m horrible to the people around me
That my sex life is depraved

Review up on Saturday! 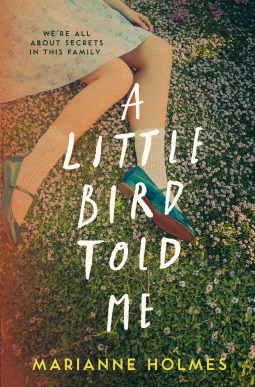 In the scorching summer of 1976, Robyn spends her days swimming at the Lido and tagging after her brother. It’s the perfect holiday – except for the crying women her mum keeps bringing home.

As the heatwave boils on, tensions in the town begin to simmer. Everyone is gossiping about her mum, a strange man is following her around, and worst of all, no one will tell Robyn the truth. But this town isn’t good at keeping secrets…

Twelve years later, Robyn returns home, to a house that has stood empty for years and a town that hasn’t moved on, forced to confront the mystery that haunted her that summer.

And atone for the part she played in it.

Different, slow, with a foreboding that gave me the creeps.

She saved your life.
When Nina almost dies during a disastrous blind date, her life is saved by a waitress called Angel. But later that evening, Nina is surprised by a knock on the door. It’s Angel – and she’s pointing a gun at her.

Now she’ll make you pay.
Minutes later, Angel’s younger brother Lucas turns up, covered in blood shielding a stolen newborn baby in his arms. Nina is about to endure the longest night of her life – a night that will be filled with terror and lead her to take risks she would never have believed herself capable of…

∨ Next ∨ The Ancient Nine by Ian Smith

Spenser Collins
An unlikely Harvard prospect, smart and athletic, strapped for cash, determined to succeed. Calls his mother—who raised him on her own in Chicago—every week.

Dalton Winthrop
A white-shoe legacy at Harvard, he’s just the most recent in a string of moneyed, privileged Winthrop men in Cambridge. He’s got the ease—and the deep knowledge—that come from belonging.

These two find enough common ground to become friends, cementing their bond when Spenser is “punched” to join the Delphic Club, one of the most exclusive of Harvard’s famous all-male final clubs. Founded in the nineteenth century, the Delphic has had titans of industry, Hollywood legends, heads of state, and power brokers among its members.

Dalton Winthrop knows firsthand that the Delphic doesn’t offer memberships to just anyone. His great-uncle is one of their oldest living members, and Dalton grew up on stories of the club’s rituals. But why is his uncle so cryptic about the Ancient Nine, a shadowy group of alums whose identities are unknown and whose power is absolute? They protect the Delphic’s darkest and oldest secrets—including what happened to a student who sneaked into the club’s stately brick mansion in 1927 and was never seen again.

Dalton steers Spenser into deeper and deeper recesses of the club, and beyond, to try to make sense of what they think they may be seeing. But with each scrap of information they get from an octogenarian Crimson graduate, a crumbling newspaper in the library’s archives, or one of Harvard’s most famous and heavily guarded historical books, a fresh complication trips them up. The more the friends investigate, the more questions they unearth, tangling the story of the club, the disappearance, and the Ancient Nine, until they realize their own lives are in danger.

Absolutely ready for this!