This unbiased review is part of the blog tour organized by Bloodhound Books. I’d like to thank them for letting me participate! 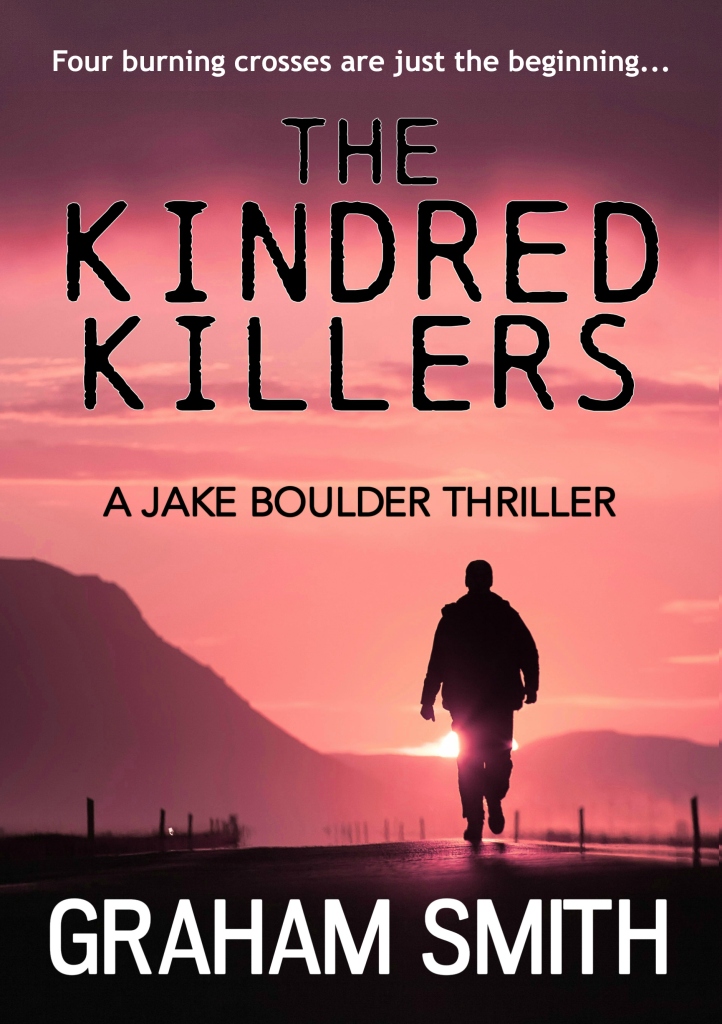 Jake Boulder’s help is requested by his best friend, Alfonse, when his cousin is crucified and burned alive along with his wife and children. As Boulder tries to track the heinous killer, a young woman is abducted. Soon her body is discovered and Boulder realises both murders have something unusual in common.

With virtually no leads for Boulder to follow, he strives to find a way to get a clue as to the killer’s identity. But is he hunting for one killer or more?

After a young couple are snatched in the middle of the night the case takes a brutal turn. When the FBI are invited to help with the case, Boulder finds himself warned off the investigation. When gruesome, and incendiary, footage from a mobile phone is sent to all the major US News outlets and the pressure to find those responsible for the crimes mounts. But with the authorities against him can Boulder catch the killer before it’s too late?

For once, I’m able to review a series in order! Champagne!

I was glad to meet Jake Boulder again after such an ending in the first book!

I have already said how much I enjoy the fact Jake has nothing to do with the police or isn’t even a private investigator. I was eagerly waiting for the next reason that would put him on the line of fire. There were many questions in my head as I began reading!

Dead may be dead, but there are good and bad days to die.

I was definitely not disappointed. The author picks a sadly current theme, even in our century, when most of us would love to see it locked in the past. The plot is tightly weaved, no room for any wrongs, you are on a path, as blind as the main character, and you just have to make do with what’s being given through each chapter, each body, each event. My heart stopped so many times as I read atrocities done to innocent people, the writing can’t leave you indifferent. My reactions mirrored those of the characters (the good ones!) and I felt immersed in a part of the world we often turn a blind eye to. It is so easy when you’re not a target to forget the nightmare of those who are. The issue was sensitively explored, although I might have wanted to know more about characters’ positions and the town’s reaction to the events. Still, it was done with enough realism that I couldn’t help but feel so hopeless and wishing there was something I could do.

If you need a case of useless police force, you’re in the right place! I did chuckle at the big FBI clichés with their cars and I’m happy the author did not go this way, but I was expecting a little more work from the local cops.

The Kindred Killers doesn’t do gifts and balloons. It punches you in the gut, it makes your pulse race, it gives room to questions without answers, and you get your fair share of adrenaline as Jake is still very much using his muscles!

A Glasgow upbringing isn’t something you can escape.

Thank you, Graham Smith, for the surprise hidden inside the story including a friend of mine. Well, thank you is a difficult thing to say when you keep on reading and realize what’s happening, haha!

Thank you too for not making it easy to discover what is going on. An uppercut, a hint, a blow, a disappearance, you can’t be bored when reading this story! This is a hunt. In fact, there are two hunts, and preys fall as easily as autumn leaves.

I always appreciate a bit of testosterone and this book has just the right amount to make you smell the alpha males without making Jake a big fat cliché of Mister Muscle with no emotions again, a fantastic point. I would have more trouble reading his stories if Jake was a cold man whose thoughts were hidden even from the reader. Here we find him still hurt from the previous story, emotionally instable and full of interrogations. We often take killing for granted in the genre in general, but Jake took a life, and he has to live with the aftermath. I loved that we get to see him struggle with this fact and wear this burden. It would have been easy for the author to throw in a few nightmares before completely obliterating the fact, but instead, Graham Smith use it as a foundation for his character to grow and face some of his demons. I was glad for him and couldn’t help but root for a brighter path for Jake. But of course, where light comes shining, darkness rises on the other side and life doesn’t leave anyone alone…

The Kindred Killers is a race against blood thirsty monsters which puts its main characters into the kind of dreams you never want to have. The book doesn’t shy away from anything and give you a 360 degrees view of the day of a regular guy torn but ready to do what’s right. I love rooting for the good guys!

You can find this book on Amazon!!

Don’t forget to check the different stops on the tour!! 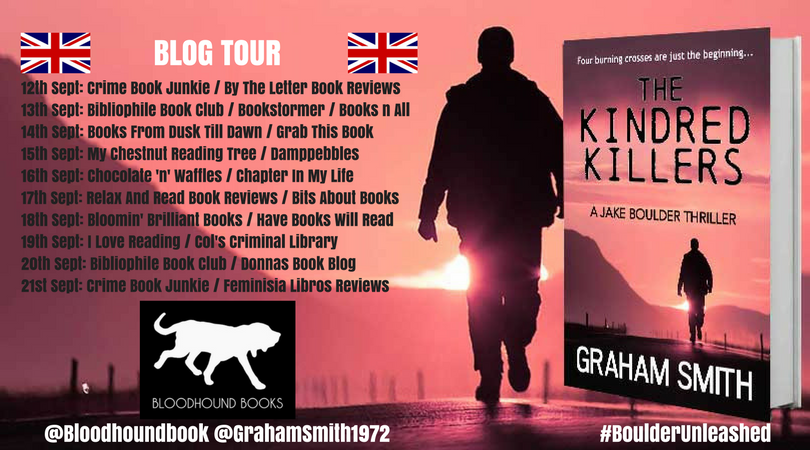