My second mandatory read was a wonderful book, filled with history and stories. The writing was smooth and I really enjoyed reading it!

The Haunted Forest Tour, Jeff Stand and James A. Moore 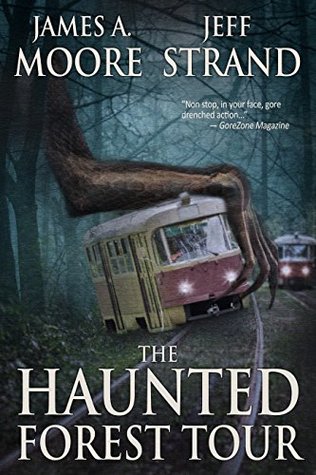 Ladies and gentlemen, welcome to the Haunted Forest Tour!

Sit back and enjoy a smooth ride in air-conditioned comfort as your heavily armored tram takes you through nature’s most astonishing creation. The forest is packed to capacity with dangerous and terrifying creatures of all shapes, sizes, and hunger levels, and you’ll get to observe these wonders in complete safety.

Howl with a werewolf! Gaze into the glowing eyes of a giant spider! Look right through a spooky ghost! See horrific monsters you couldn’t even imagine, only inches away from you! Things with fangs, things with claws, things with dripping red jaws—you’ll see them all!

Not thrilling enough? Well, it’s Halloween, and so we’re offering a very special tour through the Haunted Forest. The new route goes deeper into the woods than any civilians have ventured before, and you’re guaranteed to get a good scare! Rest assured that every possible security precaution has been taken. The Haunted Forest Tour has a 100% safety record, and technical difficulties are unheard of. You will be in no danger whatsoever.

Remember when I used to say horror was not for me? Well, this book was awesome! Review coming your way this Saturday!

This book suffered from the “wrong blurb syndrome.” I was disappointed that it revealed something that is not obvious when you start the story, hence why I chose not to put it on my post. I was lucky not to remember much about the book as it had been sitting on my NetGalley shelf for … too long, but it’s bound to ruin part of the fun for other readers in my opinion. This review will be the first one published in September on Chocolate’n’Waffles! 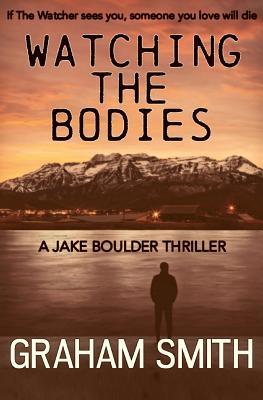 Watching The Bodies: an explosive new crime thriller from a critically acclaimed author

When Jake Boulder is asked by his PI friend to help investigate the vicious murder of Kira Niemeyer, he soon finds himself tracking a serial killer who selects his next victim in a most unusual manner.

As the body count rises, Boulder has to work with the police to identify the heinous killer before more lives are taken. What ensues is a twisted game of cat and mouse, that only Boulder or the Watcher can survive. But who will it be?

Review on Friday, I’m not saying anything!

Maria in the Moon, Louise Beech

Long ago my beloved Nanny Eve chose my name. Then one day she stopped calling me it. I try now to remember why, but I just can’t.’

Thirty-one-year-old Catherine Hope has a great memory. But she can’t remember everything. She can’t remember her ninth year. She can’t remember when her insomnia started. And she can’t remember why everyone stopped calling her Catherine-Maria. With a promiscuous past, and licking her wounds after a painful breakup, Catherine wonders why she resists anything approaching real love. But when she loses her home to the deluge of 2007 and volunteers at Flood Crisis, a devastating memory emerges … and changes everything. Dark, poignant and deeply moving, Maria in the Moon is an examination of the nature of memory and truth, and the defences we build to protect ourselves, when we can no longer hide…

Still recovering! I had planned an Orenda Books readathon but… Louise killed me! I now have to wait for my stop on the tour to let you know why… 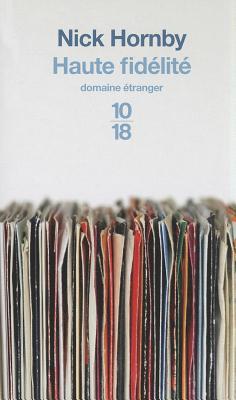 Do you know your desert-island, all-time, top five most memorable split-ups?

Rob does. He keeps a list, in fact. But Laura isn’t on it – even though she’s just become his latest ex. He’s got his life back, you see. He can just do what he wants when he wants: like listen to whatever music he likes, look up the girls that are on his list, and generally behave as if Laura never mattered. But Rob finds he can’t move on. He’s stuck in a really deep groove – and it’s called Laura. Soon, he’s asking himself some big questions: about love, about life – and about why we choose to share ours with the people we do.

Third mandatory read. Not liking this very much, it’s taking me so long to read it! 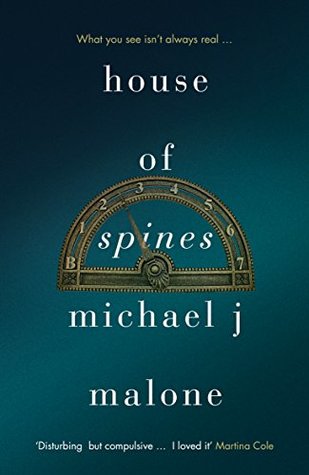 Ran McGhie’s world has been turned upside down. A young, lonely and frustrated writer, and suffering from mental-health problems, he discovers that his long-dead mother was related to one of Glasgow’s oldest merchant families. Not only that, but Ran has inherited Newton Hall, a vast mansion that belonged to his great-uncle, who appears to have been watching from afar as his estranged great-nephew has grown up. Entering his new-found home, he finds that Great-Uncle Fitzpatrick has turned it into a temple to the written word – the perfect place for poet Ran. But everything is not as it seems. As he explores the Hall’s endless corridors, Ran’s grasp on reality appears to be loosening. And then he comes across an ancient lift; and in that lift a mirror. And in the mirror… the reflection of a woman… A terrifying psychological thriller with more than a hint of the Gothic, House of Spines is a love letter to the power of books, and an exploration of how lust and betrayal can be deadly…

This poor book was supposed to follow Maria in the Book during the weekend but I needed time to stomach the other story… And unfortunately for it, I have enormous expectations about it as it was Michael J. Malone who introduced me to Orenda Books with his fantastic A Suitable Lie, so I am waiting for another riveting read!