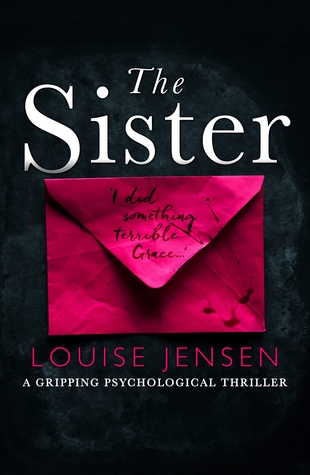 “I did something terrible Grace. I hope you can forgive me …”

Grace hasn’t been the same since the death of her best friend Charlie. She is haunted by Charlie’s words, the last time she saw her, and in a bid for answers, opens an old memory box of Charlie’s. It soon becomes clear there was a lot she didn’t know about her best friend.

When Grace starts a campaign to find Charlie’s father, Anna, a girl claiming to be Charlie’s sister steps forward. For Grace, finding Anna is like finding a new family, and soon Anna has made herself very comfortable in Grace and boyfriend Dan’s home.

But something isn’t right. Things disappear, Dan’s acting strangely and Grace is sure that someone is following her. Is it all in Grace’s mind? Or as she gets closer to discovering the truth about both Charlie and Anna, is Grace in terrible danger?

There was nothing she could have done to save Charlie …or was there?

This book is a perfect example of love at fist sight. But the best part is the story is as good as the cover leads you to believe.

The cinematic vibe of the book drew me in from the start. Grace, the main character, is walking through the woods, looking for something. The same way you turn the TV on in the middle of a movie, you don’t understand what is going on. Someone is dead. A box in buried somewhere. As you make your way through the first chapters, you get to know Grace a little better. Grief-stricken and riddled with guilt, she is struggling to put her life together after the death of her best friend Charlie. Trying to find a meaning to Charlie’s last words, Grace digs up an old memory box that brings her to try and fulfill Charlie’s wish to find her father. When she meets a young lady claiming to be Charlie’s sister, Grace believes it is her chance for a new beginning, and welcomes Anna into her life, and into her home. But soon, strange things start to happen; Grace realizes she is being followed; her boyfriend Dan is acting cold towards their guest. What if Anna is not what she seems to be? Could Grace have unearthed more than just a box filled with memories?

The air is clouded with cigarette smoke and secrets.

The stunning writing style makes it difficult to believe this is a debut novel. Places and emotions are depicted spot on. Louise Jensen plays with appearances, and her readers’ nerves as she puts her main character in the middle of twists and turns that would leave anyone distraught. Grace is a multi-layered character who learns a lot about herself throughout the story and I was glad to witness her fight her way through the lies and the guilt surrounding her. I really enjoyed getting to know her as a child and teenager during the ‘Then’ periods and as the 25-year-old devastated Grace in the ‘Now’ chapters. The first person narrative fits perfectly to the story and only heightens the different emotions you experience as the narrative progresses. There is room for every character to evolve through Grace’s eyes, and they all play their part.

Grace and Charlie’s deep bond is obviously the thread tying together the two timelines the story is split it. Traveling back and forth between the past and the present, every chapter offers hints, raises questions and reveals answers. Once you are on the ride, there is no stopping as you witness Grace question everything and everyone she knows. As I neared the last chapters, I was sure I had it all figured out, only to be greatly surprised when proved me wrong. What started as a slow-burner thriller quickly escalated into a terrific page-turner. The whole book is a roller coaster filled with the right amount of action, suspense, and tension to keep you reading long after bedtime.

I thoroughly enjoyed this debut novel and I can’t wait to read more from Louise Jensen. I was very excited to see two new novels mentioned on her website and due for release in 2017. Until then, I can only urge you to get a copy of The Sister.

I would like to thank the publisher Bookouture for sending me a copy of this book through NetGalley in exchange for an honest review.